Lots of research has been conducted by animal behavior analysts to study the behavior of dogs. But the one burning question that has always made the study even more intriguing is the question: Whether a dog’s behavior can be learned or is it mostly due to the genetic traits? According to a reputed professional animal behavior analyst of our country, it is a combination of both nature and nurture when it comes to developing the canine behavior.

There are times when you come across certain dogs that are more challenging with problem behaviors. But the important thing to note is not everything that happens with the pooch can be attributed to his behavior or temperament. It is more to do with how he has been raised. Sometimes it is more about the nature of character that he has developed during birth. The same thing happens with us, humans. There are different personality types when it comes to individual. In the same way, dogs have their unique attributes of personality.

Dog owners sometimes get confused whether they can shape the behavior of their pooch and influence their personality as per the sociability or trainability. Let us now look at some of the components that can aid in shaping a dog’s behavior:

By definition, genes are the basic DNA building blocks of any dog. They are primarily the reasons due to which dogs do things physically, mentally, behaviorally or temperamentally. Dog’s genes play a very important role in determining his future behavior. This is often ignored by dog owners. It has been scientifically proven that genes rather than the nurturing environment has a bigger role in influencing a dog’s temperament and behavior. With times, dogs have changed their attributes. They have become less assertive, less intimidated and dreaded and more amenable and responsive. But this same change has been impossible to achieve when it comes to their external influences like raising them with humans from birth.

The biggest problems with so many dog breeds around is that although their inherited character type has remained unchanged for generations, the expectations of the people of the dogs as pets has changed considerably. This is particularly the case when we talk about dog breeds that were originally bred as guarding breeds which were bred to be more combative and disgusting. Or hunting dogs that were bred to be exceptionally strong chasing, hunting or tracking instincts. Due to this mental/behavioral incompatibility there has been frustration and conflict on both the sides. Now dogs cannot change their innate genetic mindset to become more amicable, or obedient as per the desire of their owners. The other side is that they are unable to curb their predatory compulsions with which they were born on the owner’s commands.

Mental incompatibility is also one of the things that results in poor quality of a dog’s life. They are not able to freely free, sniff and explore or socialize with other people and dogs. This is due to the fact that they are deemed to be more anti-social and aggressive. It is the genes that depict a different story altogether. Dogs with greater genetic disadvantages personality wise cannot be made to improve their behavior and quality of life irrespective of better training and greater insight into their mental limitations.

The best thing to do in the future is to ensure that while breeding dogs their genetic minds and temperament are more congenial with the demands of the pet’s life. Remember, dogs that are not bred with these things in mind end up paying the highest price.

How The Dog’s Behavior Gets Acquired?

A dog’s behavior gets acquired with the help of a genetic pre-disposition and genetic memory. There are certain kinds of behavior or attitudes in life that are inherited by birth like a pre-programmed default factory settings that you find in a computer of TV. This includes the dog’s current temperament and personality. The way he reacts while dealing with different situations or events.

While genetic memory is an altogether a different thing. It is that activity that the doggy repeats subconsciously which gets stored in his genes and cells. This is passed from one generation to the next. A perfect example of this is the migration of birds in a particular season and building nests. This is part of the effects of inherited genetic pre-disposition and memory.

The same thing happens with different dog breeds. Each and every dog is born with a particular inherited compulsion that makes him behave in a specific manner. A lot of things can be resolved if the dog owners think about the genetic nature of their doggy before they get him as a companion. For example; if you are looking for a doggy that is highly sociable and trainable then do not get a dog breed that is less sociable. Look at the pros and cons of each dog breed and then opt for the one that meets your requirements.

There is a tendency amongst dog owners to perceive that all puppies are clean slates that can be molded into a desired future behavior. But it is important for them to understand that the nature of genes plays a bigger role in inheriting the doggy’s behavior at birth. Hence, it is extremely critical to verify particular behaviors of aggression, nervousness, fearfulness or neurosis amongst parent dogs or families of dogs. This will make you aware of the behavior that the puppy is most probably going to follow. This particular thing is not researched properly by dog owners when they get a puppy and then in future they regret the decision. This makes the life of the pet, even more difficult. 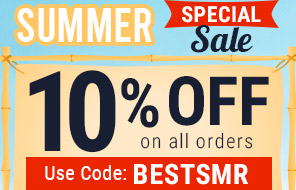