The highly talked TV show on this planet, which is Game of Thrones, of course, has got the whole world on the edge of their seats. Already in its final season, and with just a couple more episodes to go, we found this to be the perfect time to connect our beloved dog breeds with your favorite Game of Thrones characters from Season 8.

So, if Game of Thrones season 8 were made with dogs as the main characters, it would be somewhat like this… The Game of Thrones character that aptly fits a Basenji’s description is Brandon Stark. Basenjis are the only dog breed that cannot let out a bark. Likewise, Bran Stark cannot walk as he is crippled. Furthermore, Basenjis are small, highly alert as well as incredibly clever, and are always endearing towards their family members; quite like Bran. Despite their relatively smaller size, Boston Terriers are smart and independent dogs whose behavior can become stubborn and aggressive when they’re left all by themselves. Similarly, Arya Stark is a puny little girl who is quirky and highly underestimated and over time develops a unique personality. And not to forget her aggressive and wild-eyed nature that she develops over time.

Great Dane as Brienne of Tarth An honorable woman with immense bravery, deservingly gained knighthood and is a loyal warrior to the ones she fights for. Despite all the ridicule she faces, Brienne of Tarth goes about doing her job to perfection. A Great Dane has similar attributes and is a noble and affectionate pet. They are often referred to as a gentle giant due to its sturdy and towering looks; quite similar to that of Brienne. Looks can be deceiving, just like Daenerys Targaryen can be too. She might look demurring and unassuming, but guess what, she isn’t. Also known as Khaleesi, and the rightful heir to the Iron throne, she is a survivor and a warrior. Just like Daenerys, the Iban hunting dog is a fighter and a free roaming animal whose spirit cannot be caged. This hunting dog is an untamed beauty, just like the dragon queen Daenerys. A handsome hunk with golden locks of hair and perhaps the golden boy of Game of Thrones, he would be perfectly played by a golden retriever. Extremely loyal to the one he fights for, Jaime Lannister has immense affection for his sister Cersei Lannister. Though slightly overboard and even creepy, Ser Jaime is that kind of guy whom you can trust. Golden Retrievers too, are very loyal and can be trusted for life. The illegitimate offspring of Eddard Stark, Jon Snow, found himself far from north protecting his people and kingdom from wildlings and white walkers at the night’s watch. He faithfully performed his duties before returning to Winterfell for one final battle. Just like Jon, the Bernese mountain dog is affectionate, loyal and most importantly, great at guarding things. Varys is a skilled manipulator and well-versed with all the happenings in an around his surrounding areas. He is a cunning and ruthless person, but most of the people underestimate him to be a cheerful and vapid flatterer. Similarly, the Chow Chow breed is quiet, attentive and is always suspicious of strangers. But with the right people, he proves that be can be trusted and is very loyal. Dainty and elegant, Sansa Stark was born with typical lady-like features. She’s beautiful, tall, slim and true to her family members. Her womanly-like character matches the poodle breed; who is just as elegant, proud, and highly affectionate towards the ones that care for them. Poodles love looking pretty and have a regal attitude; so does Sansa Stark. Tyrion, as we know, is a man that lacks stature but he makes that up with his sheer determination. Short legs and a big attitude, Tyrion is that type of person whose role would be played to perfection by a bulldog. Once a bulldog sets his eyes on something, he makes sure he gets that, hook or by crook. Tyrion has similar traits and has a history of never giving up.

The characters list in Game of Thrones goes on and on and thus, we selected only ten of them. We hope you loved our dog-styled version of Game of Thrones as much as we loved in writing it. 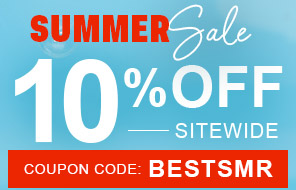